Enlightenment Is Needed For Our Ministry

This week’s collection is all about spiritual enlightenment. About looking and seeing the real need of following God. May these illustrations bless you!

I Heard My Brother Crying

Some years ago in a small village in the Midwest, a little twelve-year old girl named Terri was babysitting her little brother. Terri walked outside to check the mail. As she turned back from the mailbox, she couldn’t believe her eyes. The house was on fire. So very quickly the little house was enveloped in flames.

Terri ran as fast as she could into the flaming house only to find her baby brother trapped by a burning rafter which had fallen and pinned him to the floor. Hurriedly, Terri worked to free her brother. She had trouble getting him loose as the flames were dancing around their heads. Finally, she freed him. She picked him up and quickly took him outside and revived him just as the roof of the house caved in.

By this time, firemen were on the scene and the neighbors had gathered outside the smoldering remains of the house. The neighbors had been too frightened to go inside or to do anything to help, and they were tremendously impressed with the courage of the twelve-year old girl. They congratulated her for her heroic efforts and said, “Terri, you are so very brave. Weren’t you scared? What were you thinking about when you ran into the burning house?” I love Terri’s answer. She said, “I wasn’t thinking about anything. I just heard my little brother crying.”

William Barclay once said there are three things which cannot come back: the spent arrow, the spoken word, and the lost opportunity. Bartimaeus could not know what lay just ahead for Jesus in Jerusalem. He could not know that the Master would be crucified there and that this opportunity would never come again. He did know, however, that the opportunity was here, now, and he wasn’t going to allow it to pass him by.

A cigar-chomping realtor was driving around a young couple to search for their first dream house. After listening to their concerns about mortgage points, maintenance costs, and school systems, he decided to give them a bit of advice. “I’ve been selling homes for 23 years,” he said, “and I’ve discovered only three things matter when you’re buying a home: location, location, location.”

To prove his point, he drove the couple to see two homes. The paint was peeling on the first house, and the driveway was heaving in spots. “It may be a handyman’s special,” he said, “but look at the view.” The house sat at the foot of a purple mountain, adjacent to ten acres of untouched forest. Then the group went to see a charming two-story stone farmhouse with five bedrooms, a big kitchen, and plenty of closets. “Everything’s immaculate,” the wife exclaimed after a brief tour inside. “In fact, we might buy it if it was located somewhere else.” Then she pulled back a curtain to see an interstate highway and a busy airport runway.

Releasing the Pain, Spreading the Message

A young seminarian who lost both her parents at an early age shared a way of praying that helped her through the worst of times. She shared that in those most painful of days, she used to sit with her grandmother. Together, they would read the Bible, focusing on two particular passages.

First was the one that follows directly after the Bartimaeus story we heard this morning — the story of Jesus approaching Jerusalem, when he asks two of his disciples to go ahead and find a colt for him, on which they place their cloaks.

The second is Jesus’ invitation in Matthew 11: “Come to me, all you that are weary and are carrying heavy burdens and I will give you rest. Take my yoke upon you, and learn from me; for I am gentle and humble in heart, and you will find rest for your souls. For my yoke is easy and my burden is light.”

The woman used these two images together to prayerfully imagine Jesus inviting her to take his yoke of love, in exchange for the heavy load of grief, loss, and doubt that she carried. She pictured releasing the pain she carried, which was placed by Jesus on the back of the young colt in exchange for the yoke of spreading the message of Christ’s love in word and action.

Pastor Steven E. Albertin told the following story. He said, in my church secretary’s office there hangs a modernistic picture composed of a maze of colors and shapes. I realized these sophisticated, modern, and abstract pictures were supposed to contain some profound artistic or philosophical message, but I never was able to figure it out. It just looked like a jumbled mass of confusion. If there was a message there, I was blind to it.

One day while I was standing in the office, waiting for the copier to warm up, one of the congregation’s kindergarten-age boys, Adam, stood beside me and said, “Do you see what I see?”

“Do you see something in that picture? I sure don’t.” Adam looked at me with glee in his eye, “Pastor, can’t you see him? It’s Jesus hanging on the cross.” I stared as hard as I could, until my eyes actually hurt from staring. I wanted to believe Adam and that there actually was the image of Jesus hanging on the cross hidden somewhere in that mass of color and shapes, but I couldn’t see Jesus anywhere. “Adam, I’m sorry but I must be blind. You will have to help me see.”

Directing his finger to a mass of color in the center of the picture, Adam said, “There, Pastor. Do you see what I see? There is Jesus, his face, his arms outstretched on the cross.” And then, like an epiphany, the image began to appear. Yes, there hidden somehow “behind” the colors and the shapes was the barely visible image of Jesus, hanging with arms outstretched on the cross. “It’s amazing, Adam. You have helped one blind pastor to see Jesus. Yes, I can see what you see, Adam.”

Thousands of years ago a young Chinese emperor called upon his family’s most trusted advisor. “Oh, learned counselor,” said the emperor, “you have advised my father and grandfather. What is the single most important advice you can give me to rule my country?” And Confucius replied, “The first thing you must do is to define the problem.”

Many unhappy people cannot put their finger on what is really causing their distress. Many unfulfilled people cannot even tell you what it would take to satisfy them. Many of us have no clear idea or conception what our real needs, our real desires, and our real priorities are. And because we have never defined the problem or clarified our goals, we spend a lifetime anxiously wandering with very little to show for the pilgrimage.

Some People Are Never Satisfied

Now Monty Python might be on to something. Jesus may not have said exactly these words but he certainly ran into people who were unappreciative. Blind Bartimaeus was not one of them. Upon receiving his sight he immediately began to follow.

History records a time when two people met each other on July 25, 1807, at a spot in the Tilsit River in Prussia. It was a dramatic meeting to discuss matters which carried serious consequences. In the middle of that stream Napoleon and Alexander held a much publicized private conference. It was widely described in advance as a meeting which would “arrange the destinies of humankind.” Cannons boomed, and the shouts of thousands of soldiers gathered on each side of the river added to the noise as the conference began. There the Treaty of Tilsit was drawn up which allied Russia and Prussia with Napoleon. World history and millions of lives were forever changed.

Bartimaeus had an opportunity to meet Christ, one on one, and took advantage of it. As a result, he was greatly blessed. You and I have the same privilege of meeting with Christ, one on one. Christ is calling you. Will you come? Such an encounter, for each one of us, is by far the most important in our lives, for it will arrange the destiny of your life.

Born of the Spirit Not the Process

Duke University psychiatrist Redford B. Williams has written a book called The Trusting Heart (New York: Random House). What he has discovered is that Type A behavior will not kill you. Grueling schedules, workaholism, stress, hurriedness – all these “Type A” personality syndromes are not predictive of early death. Only hostility, cynicism, aggression, and orneriness – these are the killers. People who cannot trust, people who can only control, are in more than spiritual jeopardy. Their health is on the line as well.

The crowd that tried to quiet the boisterous blind man was evidently embarrassed by Bartimaeus’ loud, direct method of expressing his needs and petitioning his desires. There were established channels by which to petition the Lord for healing or forgiveness – why didn’t Bartimaeus submit to them? The crowd, like so many of us, preferred to put its trust in the Process instead of in the Spirit. But Jesus did not say to Nicodemus, “You must be born of the Process.” In fact it is only when we free ourselves from the deep ruts that “following the process” has carved into our lives that we become able to trust in and follow the wings of the Spirit, wherever it may lead.

Triumph in the Rubble

Carlton Fletcher tells about his Uncle Walter who lived in Waldorf, Germany, during the Second World War. Uncle Walter was the descendant of Huguenots that had run away from France during the persecution of the Protestants in the 1600’s. During the war he wanted to build himself a house, but all the necessary materials were reserved for the army. You couldn’t build a house for yourself. To a member of Germany’s middleclass, a house is most important. Building a house and getting out of an apartment is a priority. And nothing -even a world war – would deter Uncle Walter, even if it meant building a house and hiding it under a junk pile.

Here is how he did it. He bought a lot and loaned it out for people to throw junk on it. And then he would go there at night and build, layer by layer of brick, and cover it up with junk. When the end of the war came, there was a big pile of junk, but there was a house under it practically completed. All it needed was a roof. In 1946, when the war was over, he raised the roof like a madman. And he was jubilant. He said, “I beat the Nazis, I beat them. I got my house.”

Don’t you admire the spirit of a man like that – to be able to build a house amid the rubble of life? I suspect Bartimaeus was such a man.

One of the greatest evidences of God’s love to those that love him is to send them afflictions, with the grace to bear them. Even in the greatest afflictions, we ought to testify to God that, in receiving them from his hand, we feel pleasure in the midst of pain, from being afflicted by him who loves us, and whom we love. 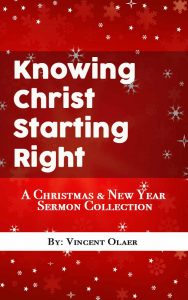 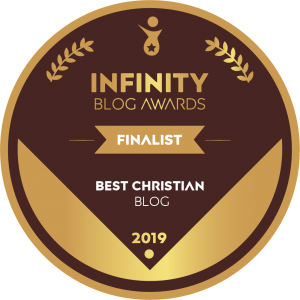